It was November 4th. It's warm, 22 degrees, and up here at 720 meters no haze or smog hinder the sun's rays on their way to causing skin cancer. Even the Arabs staying here as spa guests are lightly dressed, and two old ladies take off their clothes, pound the few steps to the bathing ladder, and go swimming. It is November 4th and rich women in the 70+ class are swimming in Tegernsee. 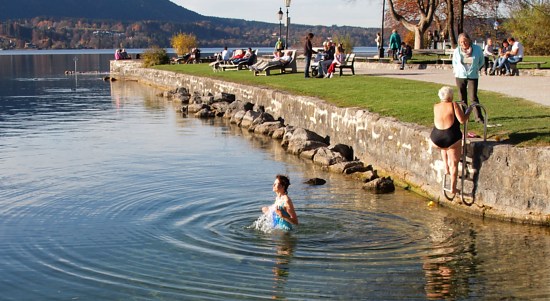 I look at this scene, clad in Lycra and holding a Colnago, after a successful attack on Wallbergstrasse, an asphalt nastiness with an incline of more than ten percent. Everything around me is bursting with health, the spokes are buzzing, vegan pumpkin soup is available in the cafe for just under seven euros, and the refugees housed here can be recognized by the fact that they smoke. They come from other cultures, where those they flee from use people as shields or stone women. Since they are allowed to smoke. Yesterday I was in another cafe by the lake: There you have to ask for an ashtray outside and you really get it reluctantly. Someone tried that and then had to realize that it would be better not to do it now.

So if you don't want to be considered a refugee or not want to attract attention, you'd better refrain from smoking. If you want to get the respect of your fellow human beings, you can still climb into the Tegernsee in November. In the same way, he has children and of course also combats smoking among them. By the way, the day before yesterday I was in the beer garden. Beer is still drunk there, but barely smoked. As a Bavarian, who knows it differently from the past, it is noticeable that people here drink with care. The local brewery does not earn its money from alcoholics, but from connoisseurs and anchoring in a pure, healthy region with a healing climate. Nobody has to make “craft beer” here, the artisanal and nutritious, the good and special has always been a trademark of the house. A lot of those present, especially those multitudes who cycled the 40 kilometers from Munich, stick to the vegetarian dishes. Nobody near me smokes. 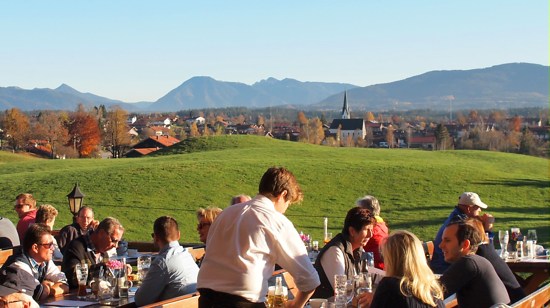 In short, we impressively confirm the results of the recently published German smokers atlas, and if there was an alcoholics atlas, it wouldn't look any different: This region in the south with the highest proportion of millionaires - but what is a million in times like these ? - does not smoke and likes to drink, but to a limited extent, and then only quality, while the Hartz IV metropolis Berlin has to cope with most of the smokers. The eggs here are all organic, local production is highlighted on every menu, there are always vegetarian alternatives, and of course some luxury hotels also offer lavish vegan menus. Whatever is good for your health, you get it. When it comes to eating and drinking, everyone here is green-alternative, and you shouldn't forget that it was the ecologists who enforced the strict smoking ban here in Bavaria. There is something like a cross front between ultra-conservative propriety and nature preservers and green moralists who are now also taking a critical eye on American soft drinks. Cola is on the decline and has a lot of ugly hints on the menu as to what substances are in it. Red currant spritzer with fruits from the German region, on the other hand, is very appropriate. Even banal fruit juice manufacturers paint slogans like “from grandma's garden” on the cardboard boxes.

Hemp can of course be grown regionally here in Germany. You don't have to import it and then buy it from people with wonderful nature in Görlitzer Park. There is definitely an option for German organic hemp from controlled cultivation, and it would also be unsprayed. Cannabis is currently being released in Mexico. It's been like that in the US for a while. And just now the Kreuzberg Greens failed with the attempt to set up a drug sales point, with the argument that they could fight the drug swamp they tolerated in Görli and on the subways - just as if voters of such politics were merely harmless, socially acceptable stoners and never get psychotic attacks from taking pills or coke, and the particularly progressive Greens are not particularly fond of the word gateway drug. They'd rather tell me that the adrenaline that boils in my veins on the descent from Wallberg is also a kind of natural drug and that you should therefore please let them smoke their joints in peace. 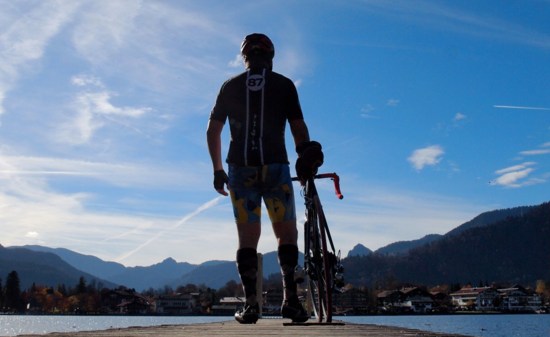 Nobody has yet been able to explain to me why, when my adrenaline is already free and legally available on passes, they don't do what every normal person does: Buy a racing bike, be wealthy and head for the fine mountain roads on the Tegernsee. There it is, the clear, healthy and legal alternative to cannabis, and the hardened body, good air and sunshine are all free. Probably there is also a good surge of body fluids when bathing in the lake in November. All of this is accepted with us and is also praised - nobody has to turn a bag because of it. And that's where I see the real problem of stoners: If the drug were released, the stoners would appear publicly with it and ensure that there is more smoking here. We are not exterminating normal smokers with brutal discrimination, we are not talking about special rates for smokers friends at the health insurance company, just so that the next ones pollute the healing climate again. It may well be that the approval will come at some point - but that will also be the day on which the new bans in restaurants and in public spaces come.

Because not forbidding something does not mean that you have to accept it socially. You can also buy a bottle of Strohrum and drink it by the lake. This is legal, but it is not wanted and would certainly have unpleasant consequences for the social prestige of the drunkard. In any case, many things are only legal because not everyone abuses all possibilities - if every inexperienced person rushed down the hiking trails with an MTB, there would be a debate about the setting up of prohibition signs that would ban such disruptors to the bike paths on the lake in a very short time . Allowing someone to do something is one thing - but offering something like that to other people's children would be very bad here. And with the organic and health dictatorship shaped by the Greens, an herb against the hashish tolerance shaped by the Greens has also grown. The stoners used to say “right to intoxication” when people were still drinking properly in Bavaria. It hasn't been here for a while. Here, “organic, regional ingredients, physical fitness and pure air must be used”. The people and the reservations change, and stoners have the bad luck with their bags here that their vice is attached to what is being mercilessly cleaned away. 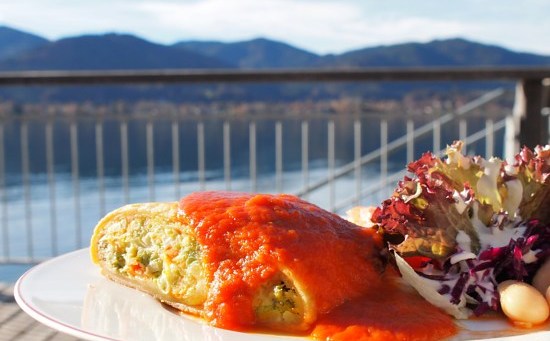 So it may be that the future will liberalize the laws, but the development of society as a whole takes a different path. Because nobody can forbid one to discriminate against others because of their consumption habits, to beat them up and to accuse them of the mob. Nobody has perfected this culture of the morally clean witch hunt as much as pressure groups of the political environment of the Greens and Left: With electricity, radio competitions for most of the wood in front of the hut, with toys, with the color of girls' products, with food, with what is on offer and Acquisition of sexual services, with the description of wonderful people, with the origin of the tropical wood and the energy certificate of the houses, and now also with VW and the emissions scandal. It can be seen that in this condemnation cycle the unsustainable and unhealthy, mostly male and cisheteronormative, phallic symbolic and sexually disinhibited stoners with their exhaust fumes will be the next natural victim after the extermination of the Playboy bunnies. For a teetotaler like me this is of course very pleasant, because as an outdoorsman I don't just know where the bunnies are walking. I can also live well with a sibling war between former allies who are mutilated. In Berlin, please. At Tegernsee, we ourselves know how we can easily prevent such people with high real estate prices.

The morally clean extermination of stoners