What is the biggest economy in africa

When it comes to poverty in Africa, there are many misunderstandings. According to surveys, the majority of people in Europe and North America are convinced that little or nothing has been done in the fight against extreme poverty on the continent in recent decades. This is not surprising: stereotypes from the colonial era, memories of the terrible famines of the 1980s and current reporting on refugees easily obstruct a sober view of the living conditions of people in African countries.

In fact, the bare numbers suggest the opposite: there is progress - at least in the proportion of those living on less than $ 1.90 a day. "Overall, the proportion of people in Africa who live in monetary poverty has clearly declined, from 54 percent in 1990 to 41 percent in 2015," emphasized World Bank economist Luc Christiaensen in an interview with DW. The expansion of infrastructure in rural areas, the increase in productivity in agriculture and the years of robust economic growth in most African countries have contributed to this. 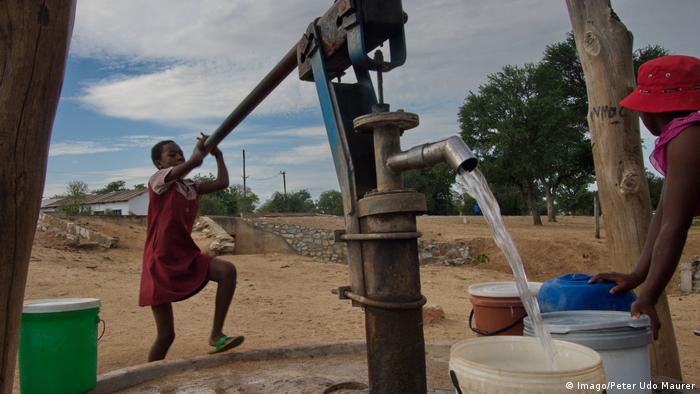 The better the rural infrastructure, the lower the poverty in the respective country

So the trend is positive, but part of the whole truth is that the rapid population growth has even increased the absolute number of poor in Africa, from 278 million to 413 million. The most important project of the UN's Sustainable Development Goals (SDGs) - the end of all forms of poverty by the year 2030 - is therefore in all probability clearly missing. According to estimates by the World Bank, 20 percent of all people south of the Sahara will still live in poverty in 2030 if the governments of Africa do not significantly step up their efforts to reduce poverty.

Alone: ​​It doesn't look like that at the moment. At least that is what a current, representative study by the pan-African research institute Afrobarometer suggests, which regularly surveys people in more than 30 African countries about the provision of their basic needs. How often have you failed to eat enough in the past year? How often have you not had clean water? The researchers summarize the results in the so-called Lived Poverty Index (LPI), the index of lived poverty.

The results of the study published this month are sobering. According to this, between 2014 and 2018, lived poverty rose slightly on the African average for the first time in more than a decade, and in some countries - including South Africa, Niger and Uganda - even considerably. Although people are still doing better on average than they were around ten years ago, the figures point to deeper-lying difficulties in the fight against poverty. 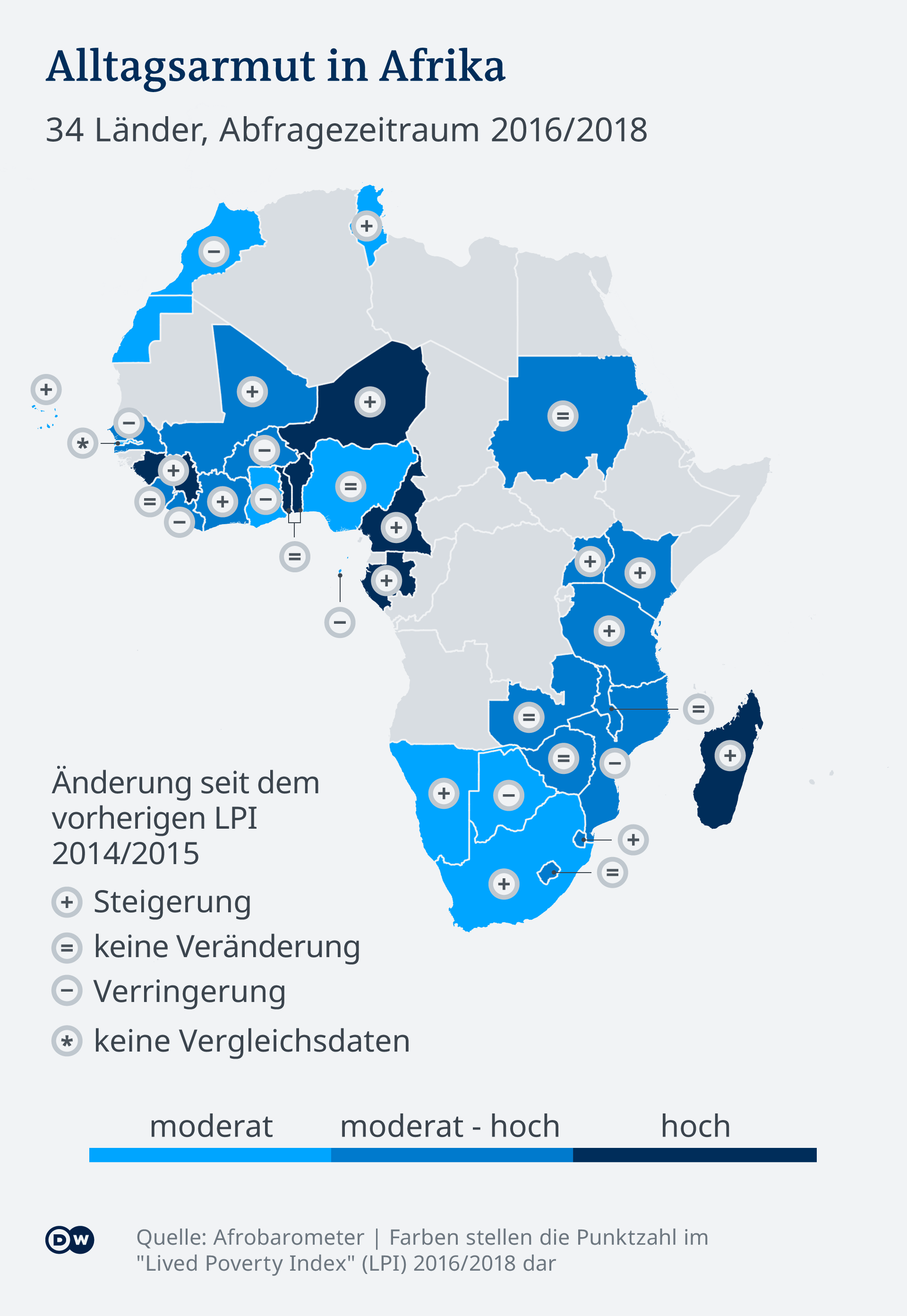 For study author Robert Mattes, political scientist at the University of Strathclyde in Scotland, the latest increase has one main reason: "The democratization of Africa, which has been going on for decades, has come to a standstill," Mattes explains in an interview with DW. Even previously well-functioning multi-party systems such as those in Zambia, Tanzania and Benin have now come under pressure from authoritarian leaders. "This decline in democracy leads to a neglect of the needs of the rural population in particular. There are fewer incentives to take care of the things that reduce poverty," said Mattes.

Data from the study would show that lived poverty is lowest where, for example, electricity grids, sewer systems, roads and mobile communications are comparatively well developed. That is why governments must now above all invest in public infrastructure, Mattes demands.

Inequality as a driver of poverty

Although the results of the Afrobarometer study correspond with the assessments of other organizations on poverty in Africa, they also raise an apparent paradox. For years, Africa's economies have recorded some of the highest growth rates in the world, between 2000 and 2018 the gross domestic product rose by an average of 4.7 percent per year in Africa. Although the numbers have declined slightly in recent years, the question still remains: Shouldn't Africa’s economic growth also be reflected in the development of poverty?

Henry Ushie, an employee at Oxfam Nigeria, has an explanation for the sometimes large discrepancy: "If we want to fight poverty, we have to fight inequality first. Inequality is the biggest driver of poverty around the world." The economic growth, largely due to the sale of raw materials, simply does not reach normal people. In Nigeria of all places, Africa's largest economy, inequality is particularly high. 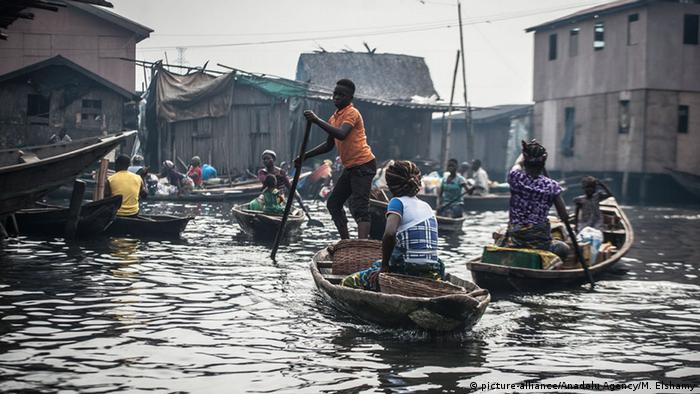 In Nigeria's economic metropolis Lagos, gentrification is pushing the poor into slums on the water

Ushie's organization Oxfam uses the so-called Commitment to Reduce Inequality Index to evaluate the efforts of governments in the fight against inequality. Among other things, tax justice, investments in education and health, and gender equality are examined. The results of a recent survey in several West African countries are sobering, according to Ushie: "The governments in the region are not particularly committed and, unfortunately, Nigeria is even in last place."

Coronavirus "another hurdle" for African governments

In the near future, African governments are likely to face another problem: the coronavirus, which could not only pose challenges for the health systems of African countries, but is already cooling the global economy. "The prices for oil and other raw materials will fall and countries that live from the export of these raw materials will have to go into debt," fears Luc Christiaensen of the World Bank. It remains to be seen whether countries less dependent on exports will also be affected. But it is already clear: "In the fight against poverty, the coronavirus has thrown another obstacle in the way of African governments."