How many arms manufacturers are there in America

Arms production is booming in the USA

Arms sales of the 100 largest arms companies in the world rose by a total of 2.5 percent to 398.2 billion dollars in 2017. US companies divide more than half of the world market for armaments among themselves - according to a recent study by the Stockholm peace research institute SIPRI. The US company Lockheed Martin continues to be the undisputed leader among the 100 largest defense companies in the world. No other company in the industry generated greater profits in 2017: With sales of 44 billion US dollars, Lockheed Martin leads the SIPRI ranking by a wide margin. The largest German arms company, Rheinmetall AG, based in Düsseldorf, comes to less than a tenth of this sum. Rheinmetall ranks 25th with sales of $ 3.4 billion.

The success of the front-runner Lockheed Martin is primarily based on the large equipment requirements of the US armed forces, for which the group manufactures various weapon systems. These include the "F-35 Lightning" fighter aircraft and the "C-130 Hercules" transport aircraft. The second largest arms company in the world is the aircraft manufacturer Boeing. In July, Boeing received an order from Donald Trump to build two new "Air Force One" planes for the US President's trips. Trump traded the price down to 3.9 billion dollars and deleted the previous light blue and white design. 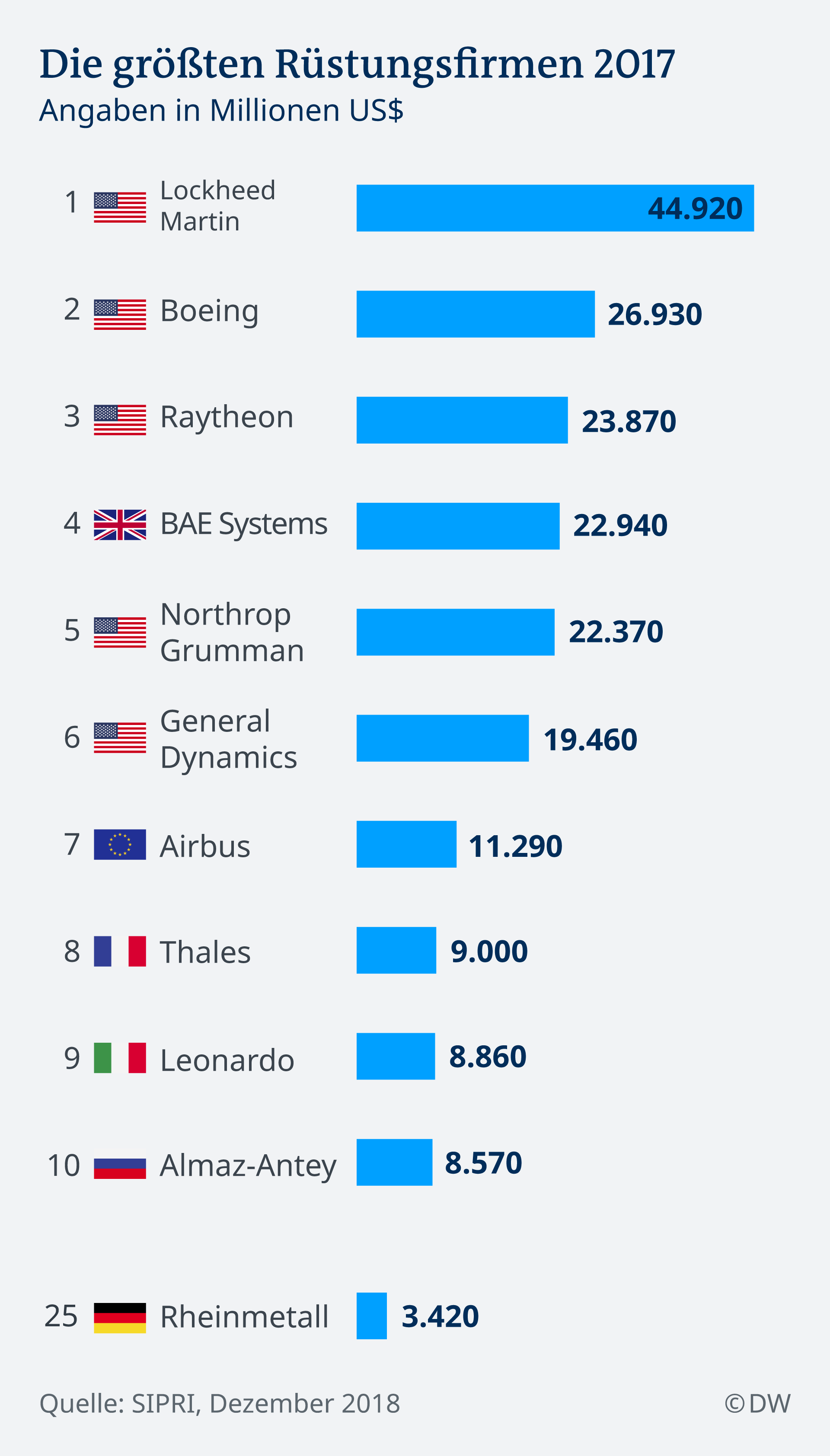 Race for the best weapons

The most reliable customer for the American defense industry is the US Army, which constantly needs new weapons and can afford extremely expensive systems such as aircraft carriers. The arms race with countries like Russia and China is also fueling business: Lockheed Martin is currently developing an expensive "hypersonic missile" that can bypass common radar systems. Russia and China already have such long-range missiles that travel at several times the speed of sound. The arms race now also includes space, which Donald Trump wants to dominate with a future "Space Force". In the coming year, the US wants to invest the record sum of 716 billion dollars in armaments.

In addition to the USA, only a few European companies can compete in the top positions, including the Airbus Group, in which Germany is also involved. Airbus produces the breakdown-prone transport aircraft "A400 M" for several European armies. Great Britain remains the largest arms manufacturer in Western Europe, followed by France. The British mega-corporation "BAE Systems", which has more than 83,000 employees, is the only European manufacturer to make it into the top 5 in the world. BAE Systems is involved in the construction of the European Eurofighter Typhoon, which is also sold in countries such as Saudi Arabia.

Russian and Turkish companies on the rise

Russian arms companies, which benefit from Putin's modernization program for the army, grew strongly in 2017. The largest Russian arms company Almaz-Antey made it into the top 10 of the SIPRI list for the first time. Turkey is also arming itself: President Recep Tayyip Erdogan's strategy of becoming less dependent on arms imports caused the profits of Turkish armories to skyrocket by 24 percent.

According to the Stockholm researchers, there should actually be three Chinese companies at the top of the table. However, since they publish only a limited amount of reliable data on their armaments sales, they are not included in the list. 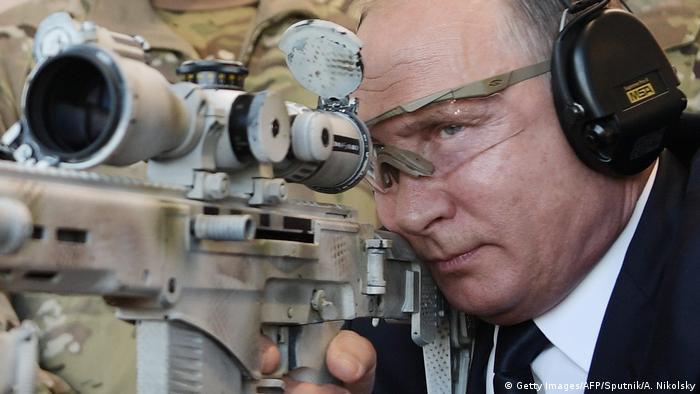 Four of the 100 largest armories in the world are German: In addition to Rheinmetall, there are Thyssenkrupp and Krauss-Maffei Wegmann, which manufacture submarines, ships, tanks and armored vehicles for the Bundeswehr, but also sell them abroad. All three companies were able to increase their profits in 2017. New on the list is the company Hensoldt, which manufactures radars and sensors for electronic warfare near Munich. Overall, arms sales are of little importance for German foreign trade: they make up less than one percent of total German exports.