What do Filipinos think of Taiwanese people

The two neighbors and the dead fisherman: Taiwan and the Philippines

Disputes among neighbors like to get out of hand. Taiwan and the Philippines are currently in diplomatic clinch. It's about a dead person, diplomatic face-saving and healthy public sentiment. Filipinos working in Taiwan stand between the fronts. 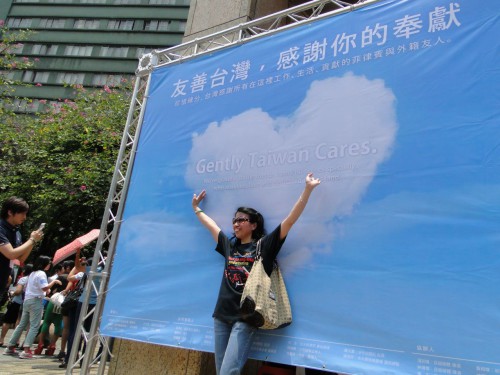 The sun was beating so hard that the people in the park retreated into the shadows of the trees. There was free lunch, and speakers on the stage spoke of friendliness and international understanding. The mood was pleasant at this street festival in Taipei last Sunday. Taiwanese had invited, Filipinos had come. Sunday is often the only day off for them.

My video of the event, including an interview with one of the organizers:

Unfortunately, the background to this event was not nice: a person is dead, the governments of Taiwan and the Philippines are arguing, and the nearly 80,000 Filipinos who work in Taiwan could pay for it. Hence the appeals: Be nice to each other!

Death on the high seas

The problems began almost three weeks ago with gunfire on the high seas. The Philippine Coast Guard encountered a Taiwanese fishing boat. The place: waters in which both sides assert fishing rights. What exactly happened is unclear. In any case, the Coast Guard opened fire and riddled the small boat with about 50 bullets before turning off. A 65-year-old fisherman was killed.

What happened? Taiwan's official version in the Ministry of Foreign Affairs video:

So close yet so far? Taiwan and the Philippines

Taiwan has a difficult relationship with its neighbor in the south. The Philippines with over 7000 islands and 92 million inhabitants (more than Germany) are closer to Taiwan than any other country apart from China. Economically, however, they play two classes lower. Countless Filipinos have to go out into the world to earn money for their families - often as seafarers.

In Taiwan they do jobs for which the locals can no longer be won: the men work on the assembly line or as construction workers, the women as maids and geriatric nurses. For many Taiwanese, “Filipino” is synonymous with “guest workers”, and some are downright exploited.

Some of the archipelagos in the South China Sea are just as claiming on both sides as other countries in the region - an unsolved problem that does not usually turn into violence. Fishing grounds are another source of conflict. Because the waters near the coast are soon emptied, the boats keep going further and further, and collisions are the result.

The spiral of indignation turns

After the fisherman's death, popular anger flared up in Taiwan, fueled by the media and politicians, who made a name for themselves across party lines with their emphatically nationalistic demeanor. At least one DPP MP was not too stupid to burn the flag of his neighboring country in front of the cameras.

The reaction of the Philippines could not smooth the waves - on the contrary. Taiwan speaks of "cold-blooded murder", demands an official admission of guilt, an apology from the Manila government and compensation for the family of the person killed.

The Philippines initially only spoke of an unintentional incident and had an envoy from the President deliver his personal apology. Because that was not good enough for the Taiwanese, they put sanctions in place: recruitment for Filipinos, freezing of mutual cooperation, and the repatriation of official envoys. Even sports teams that were supposed to compete in Taiwan were unloaded.

Manila, Taipei and the China Factor

The displeasure of Taiwan's government can in part also be explained by the fact that the Philippines use their “one-China policy” to justify why an official apology from one government to another is not possible. Manila snubbed Taipei a good two years ago with the same reason: 14 Taiwanese arrested in the Philippines who were suspected of a crime were extradited to the People's Republic instead of Taiwan.

Soon there were reports that some Taiwanese were venting their outrage on Filipinos, with bad language and even assault. Some turned out to be fictitious, some not.

Only after several days did politicians call for Filipinos in Taiwan to be treated properly. Fortunately, there is a lively civil society that makes it clear with activities such as the street festival: We do not allow ourselves to be rushed by some idiots on both sides.

My photos from the event 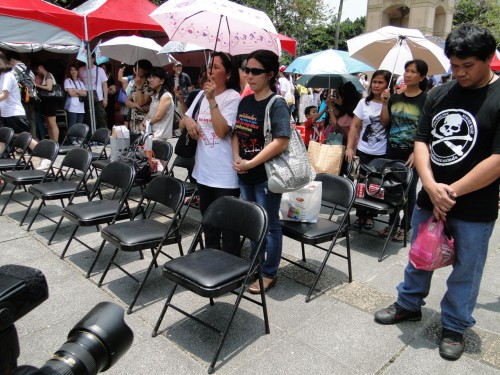 After a few weeks of crisis, the governments can now talk to each other sensibly again. Both sides have sent teams of investigators to the other side, who should first find out what exactly happened.