Is it worth buying used PC parts

Buying a used PC: What to look out for 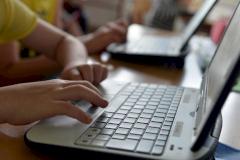 Buying a used PC: What to look out for
Image: dpa If you want to buy a computer, you might ask yourself whether it really has to be a new device. Are used computers an alternative, especially if the budget is low or if a replacement has to be found quickly after a total loss? The answer: a matter of weighing up.

The purchase of used PCs or notebooks is interesting for everyone who does not necessarily need the latest technology - but also not at any price: A higher investment than 180 to 200 euros is not worthwhile for a used PC without special equipment. Because a new PC including Windows 8.1 with Bing is available for as little as 250 euros. This then lasts for about three to four years for simple office tasks and for web surfing.

Buying a used PC: What to look out for
Image: dpa Anyone who decides on a used PC should first pay attention to the processor. A fast dual core processor, for example from the Core i3 series from Intel, is sufficient for Office. You should avoid the outdated Core 2 Quad and Core 2 Duo with less than 2.4 GHz. In principle, at least 4 GB of RAM is advisable for office requirements - it can be retrofitted at low cost. Here you should pay attention to whether the mainboard still has additional free memory slots or whether the old RAM modules are left over when upgrading. Devices with old DDR2 SDRAM memory should be avoided. And with at least a 120 GB SSD for the operating system from 60 euros you can give the used computer a boost in performance. The old magnetic hard drive can still serve as data storage if it is not too old and may already be making suspicious noises.

For price-conscious gamers, for example, it could be interesting to use a used desktop PC with the high-end graphics card of the previous generation. However, the range is not so extensive here, as the used equipment often comes from company leasing contracts.

Notebook: A used one can be faster than a cheap new one

With notebooks it is usually more worthwhile to use a used device than with desktop computers, but this is even more a matter of consideration than with desktop PCs: There are interesting second-hand notebook prices, for example, for faster devices with an Intel Core i5 first or second generation. At around 250 euros there are business notebooks with a screen size of 12 to 14 inches, 4 GB of RAM and hard drives from 160 gigabytes. These former top models are often significantly faster than new notebooks with Atom processors for around 200 euros. Ultrabooks with newer mobile processors are often extremely light and thin - and, unlike used devices, have a new and usually more powerful battery.

With used notebooks, you often have to cut back on the resolution. Usually only from 400 euros it goes beyond a resolution of 1,280 by 800 pixels. On the other hand, there are new Full HD 13-inch devices with SSD that weigh just one and a half kilograms for as little as 600 euros.

What is the maximum age of a used computer?

You should also keep in mind: the older a notebook or PC, the higher the risk that the wear and tear of the keyboard or touchpad, or the dirtying of the fans will have a negative impact. In case of doubt, the overall condition is more important than the age or the favorable price. Are there cracks in the housing, missing buttons or dead pixels? Such errors, which the seller should mention, reduce the value of a device much more than a supposedly old processor - this should also be addressed when negotiating in the store.

While an office computer can have five years under its belt, a two-year limit applies to gaming PCs. A device shouldn't be older in order to be able to play all current PC games with appealing graphics quality. A more modern graphics card can be retrofitted in PCs that are not too old - but here the mainboard also has to cope with newer graphics cards and you have to worry about the cooling inside the housing. A gaming PC should have at least a Core i5 or Core i7 processor - the previous year's model is also sufficient.

Where can I find cheap used computers?

Used computers can be found on online marketplaces such as eBay, the Amazon Marketplace, but also in classic online shops, where used goods such as customer returns are often sold as B-goods or at lower prices. There are now many remanufacturers who upgrade used computers from companies, some with new components and Windows licenses for sale. You can also find it at the local PC shop around the corner. Dealers generally check the goods for defects and give a one or two year guarantee - and in the event of repairs, local dealers often help quickly and unconventionally without any return formalities and waiting times.

In the case of goods offered by privately, you have to rely on the seller's word. Because private providers usually exclude a guarantee and are allowed to do so. Their offers can be found in classified ads. Also important for private purchases: software license issues must be clarified before purchasing. The Windows installed on it must be an officially purchased OEM or retail version and therefore valid - this is also important for future updates. These questions should also be asked about any purchased software that is included, such as Microsoft Office or Adobe Photoshop.