Drooping eyelids not only affect the external appearance, but can also impair vision.

If the drooping eyelids are caused by a dysfunction of the muscles or the nerves, one speaks of ptosis. This can resolve on its own, but surgical correction is often necessary.

There are 3 types of ptosis:

The term ptosis, or ptosis, refers to the drooping of one or both upper eyelids. Ptosis can be congenital or acquired during life. The reason for the drooping of the eyelids can be nerve damage or some form of muscle weakness. As a result, the affected person is no longer able to lift the eyelid completely, which partially obscures the eye. This can lead to an impairment of the field of vision, which in the long term can result in impaired vision. Ptosis should therefore be corrected early, especially in childhood.

A distinction should be made between ptosis and pseudoptosis. A pseudoptosis is also expressed by drooping eyelids, but it is based on a disturbance of the eyelid position due to eyelids that are too large.

What are the causes of ptosis?

Classified according to their causes, there are different types of ptosis that cannot be immediately differentiated at first. Through various tests and examinations, a doctor can determine the underlying cause and make a diagnosis accordingly.

The ptosis acquired in the course of life can have various causes and is accordingly divided into subgroups. One possible form of this is ptosis paralytica. It is based on damage to the nerve that controls the eyelid elevator muscle. Often such nerve paralysis occurs as a result of a stroke. Since the affected cranial nerve also controls other muscles of the eye, paralytic strabismus can also occur in ptosis paralytica. If the eyelid droops suddenly, a stroke is the most likely cause.

A muscle disorder can also cause droopy eyelids. In so-called myogenic ptosis, for example, myasthenia gravis, a form of muscle weakness, can be the reason for the drooping of the eyelids. Muscle wasting can also affect the levator, causing a drooping eyelid. 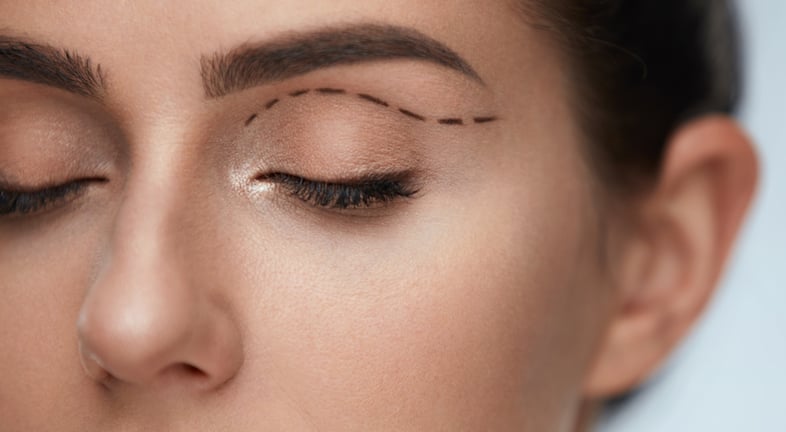 How can ptosis be treated?

Therapy for ptosis depends on its underlying cause. Therapy can only be started once the cause has been found and diagnosed. If the drooping eyelids are congenital, they can be surgically corrected without precisely determining the cause. This involves lifting the upper eyelids as part of a surgical procedure. This should be done at a young age in order to avoid the development of weak vision as a result of the partially obscured pupil.

If drooping of the eyelids is acquired in the course of life, therapy consists of treating the underlying disease. Possible muscle diseases can be treated accordingly, which should also lead to an improvement in muscle performance in the area of ​​the upper eyelids. If the drooping eyelids are caused by nerve paralysis or an injury, you should first wait to see whether the ptosis resolves on its own. If nerves and muscles are not irreversibly damaged, regression of the eyelid malalignment is not uncommon. If the eyelids have remained unchanged after a few months, surgical correction of the eyelids can be considered.

One possibility of temporary correction of the eyelids is the use of ptosis glasses. They are provided with a small bar that lifts the drooping eyelid and thus opens the view. In some cases, glasses are sufficient to relieve ptosis. It is often used to bridge the gap before an operation.