Which paradoxical statement is the most fascinating

The old dispute over the Easterlin paradox is reinterpreted: Prosperity has a great influence on satisfaction. By Philip Plickert

The old dispute over the Easterlin paradox is reinterpreted: Prosperity has a great influence on satisfaction

The most fascinating thesis of happiness research is that increasing material prosperity does not make people happier in the long term. More income does not lead to more happiness. The so-called Easterlin paradox is shaking the foundations of conventional economics. Because almost everyone is trying to increase their income. And (neo) classical economics assumes that people reveal what they want and what benefits them through their actions - this is how Paul Samuelson explained it in the theory of “revealed preferences”. 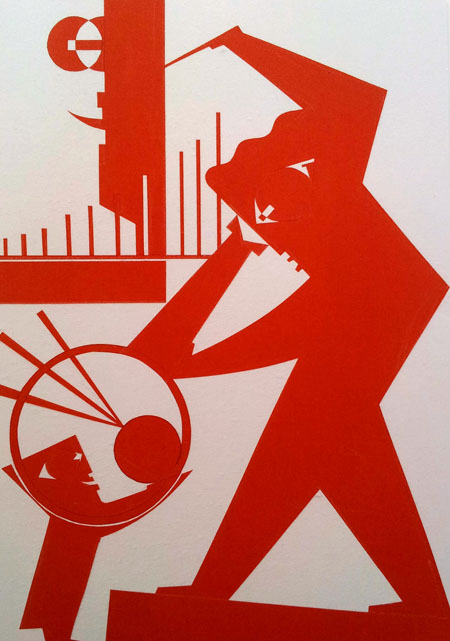 The basic assumption of liberal economics is therefore: The acting individuals know what increases their utility (their happiness). They decide accordingly. It is not the state or a central planner who should determine what people should do, but rather they should decide for themselves. It is evident that the vast majority of people seek “extra” income. To do this, they get up early in the morning, work overtime, use their strength and their brains to earn money - far more than they need for moderate consumption and living standards.

But if the Easterlin paradox is true, then people toil in vain. Chasing income does not make you happier; you are trapped in a "hedonic treadmill". You kick yourself, but you don't get anywhere. It is true that you feel better for a short time if you earn more than the neighbor or the colleague with whom you are compared. The relative income position has a strong influence on the subjective feeling of happiness. But when society as a whole gets richer, then no increase in life satisfaction can be seen.

At least that is what the data from surveys suggest, which Richard Easterlin, one of the pioneers of happiness research, first evaluated in 1974. Subsequent surveys in various countries also supported this finding. 20,000 households are surveyed annually for the German “Socio-Economic Panel”. You have to rate your life satisfaction on a scale from 0 (completely dissatisfied) to 10 (completely satisfied). Although the per capita income has climbed from almost 20,000 euros to almost 35,000 euros - adjusted for inflation - since the early 1980s, the average life satisfaction stagnated around the value 7. So money doesn't make you happy? We quickly get used to the higher standard and no longer find it particularly comfortable.

Radical political demands can be made on the basis of this thesis. Shouldn't the state take corrective action, since people are apparently blindly chasing the wrong target? The “fight for relative income” is absurd if you sacrifice the really important things like time with friends and family for it, argues Richard Layard, one of the best-known British happiness researchers. He compares the pursuit of more prosperity with addictive behavior: the dose has to be increased more and more in order to achieve the same effect at all. That will not do! In order to bring people to the right happiness, Layard recommends high, if possible progressively increasing income taxes. Some happiness researchers and ecologists want to intervene even harder and strictly limit economic growth, consumption and use of resources.

But is the Easterlin paradox really true? The three German economists Joachim Weimann, Andreas Knabe and Ronnie Schöb have now written a book entitled “Money makes you happy”, which summarizes fundamental doubts about the Easterlin paradox that arise from recent studies. Many results of happiness research accept them, for example that non-material factors such as health, friendships and family are of decisive importance for our life satisfaction and that prolonged unemployment makes those affected particularly unhappy. But the central Easterlin thesis that the general increase in prosperity in developed societies should not play a role in life satisfaction is something the three authors do not want to believe.

On the one hand, various scientists have pointed out the questionable quality of the data from the “World Value Survey” that Easterlin used. There are some distortions in the global survey. The poor countries are underrepresented, but the survey tends to reach the upper classes there. The former Soviet republics are fully represented in the World Value Survey, the people of which are not among the poorest, but are among the most dissatisfied because of their political and social instability. As an alternative to the World Value Survey, in 2008 Angus Deaton examined the answers to life satisfaction from the Gallup World Poll in 140 countries. And here there is a clearly positive correlation between life satisfaction and income. Richer societies are, on average, happier, although growth is flattening out.

Second, Weimann, Knabe and Schöb make a fundamental methodological objection. It is not permissible to ask about life satisfaction on a scale from 0 to 10 and then to compare the information over time. The maximum value of the scale does not refer to a rigid upper limit for happiness, but shifts - depending on what people consider the highest possible level of satisfaction. The more people achieve, the more they can imagine. The upper end of the satisfaction scale slides upwards, you can see your own position below it. The scale therefore has different statements at different points in time. Intertemporal comparisons are therefore misleading.

A third argument relates to the increasing life expectancy made possible by growing affluence, better health care and less physically demanding work. The Easterlin Paradox relates to indications of satisfaction at a point in time, but ignores the duration of that sensation. As people live longer, they enjoy their relative happiness longer. From this alone it follows that increasing prosperity leads to increasing, because longer, satisfaction. In any case, Weimann, Knabe and Schöb warn against using an exaggerated interpretation of the Easterlin paradox to justify far-reaching policy recommendations.

The article appeared as “Sunday Economist” in the Frankfurter Allgemeine Sonntagszeitung from July 22, 2012. The illustration is by Alfons Holtgrefe.

You can find the blog at https://www.faz.net/fazit and at:

The old dispute over the Easterlin paradox is reinterpreted: Prosperity has a great influence on satisfaction. By Philip Plickert