Donald Trump and vaccinations as a cause of autism 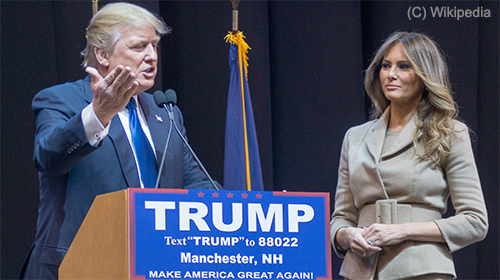 Vaccination critics repeatedly cite US President Donald Trump as a key witness for a suspected causal connection between vaccinations and autism. Since more and more false reports are now circulating in the vaccination-critical area, my recommendation is to always ask for comprehensible sources when making such claims. The result of my research: Trump is not a vaccine opponent, but he sees a connection with autism.

(ht) In fact, Trump already expressed suspicion of a connection during the election campaign and called for vaccinations to be given more carefully and over a longer period of time. He is convinced that this would have an impact on the autism rate. source

Vaccination critics sometimes argue that Trump has experienced cases of autism in his own family and is therefore critical. In fact, there is a public debate about whether Trump's 10-year-old son Barron is or has autistic traits. source

This is apparently vehemently denied by Barron's mother Melania Trump using a law firm. However, I am not aware of any comments from Donald Trump on this. source

Donald Trump already expressed his suspicion of a connection on Twitter in 2014. source

It is therefore only logical that Trump, after his election as US President, met the well-known civil rights activist and vaccination critic Robert F. Kennedy Jr. met. After the meeting, Kennedy announced that Trump would appoint him to head a commission of inquiry. However, one of Trump's spokesmen contradicted this on the same day. source

Also with the British doctor Dr. Andrew Wakefield, one of the world's most famous vaccine-critical scientists, met Trump in person - which sparked an outcry among vaccination lobbyists. source

Trump definitely sees a link between vaccinations and autism. Despite the public denials of his wife Melania, this may have something to do with his son Barron. Barron is so far the only child of Trump's third marriage to Melania.

However, an elected US president is not automatically a master of the White House. The dependence of US politics on the interests of its billionaire colleagues has become proverbial. The Kennedy denial is just one of many examples.

In line with this topic: 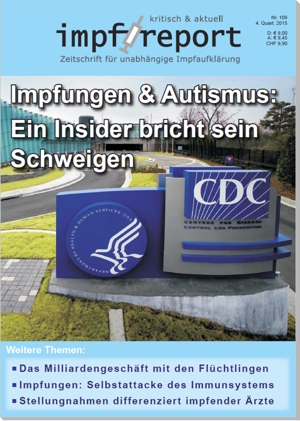