Is the Zenos paradox explained by quantum physics

Nobody understands quantum mechanics ", the famous theoretical physicist Richard Feynman (Nobel Prize 1965) once said. Quite a few students should have consoled themselves with this saying by the great master when they had to grapple with conclusions of quantum theory that contradict common sense. Fortunately, there are a few handy mnemonics that succinctly outline certain paradoxes of the quantum world, one of which is: "A saucepan you look at can never boil" (in the English original "a watched pot never boils").

The origin of this aperçus goes back to the 1970s. At that time, physicists at the University of Texas in Austin theoretically derived that an unstable quantum system - for example a radioactive atomic nucleus - would be prevented from decaying if one looked often enough. That observation influences a quantum system is of course one of the basic statements of the theory founded by Max Planck, Werner Heisenberg and Erwin Schrödinger at the beginning of the 20th century. So why shouldn't repeated observation change the decay behavior as well? The theoretical assumption seemed so plausible that it quickly found its way into physical thought with the saying about the non-boiling water pot and was also given a suitable name: the quantum Zeno effect. The godfather was the Greek philosopher Zeno von Elea, whose doctrine that movement is impossible because a body is at rest at any (sufficiently short) observation time does not seem any less paradoxical.

Now physicists at the University of Texas have put the theoretical conclusions of their predecessors to the practical test - and have come to a thoroughly mixed result. On the one hand, they were able to demonstrate experimentally for the first time that the Zeno effect actually exists. On the other hand, however, the experiments made it clear that the opposite is also true: frequent observation can just as well accelerate the decay - and that happens much more frequently than the slowing down.

For his experiment, Mark Raizen's team used ultra-cold atoms with temperatures of just a few millionths of a degree above absolute zero, which they had trapped in what is known as an optical lattice. Such a grid is created when two opposing laser beams are superimposed in such a way that a standing wave is formed. If you put cold atoms in the lattice, they collect in the wells of the potential reminiscent of a corrugated iron and, if the wells are deep enough, remain trapped in it. According to the laws of quantum mechanics, such an atom can nevertheless escape from the potential trough with a certain probability by "tunneling through" its wall.

If the standing wave is now accelerated - which, from the point of view of the atoms, equates to tilting the "corrugated iron potential" - the potential barrier is lowered on one side and tunneling in this direction is made easier. Since every atom can escape from its prison with the same probability, the fewer atoms there should be tunneling through the potential barriers, the fewer there are still in the troughs. This means that the decrease in the number of trapped atoms obeys an (inverse) exponential function. Such exponential decay occurs in many physical and biological systems.

As early as 1997, however, Raizen and his colleagues had shown that at the very beginning of the acceleration phase the number of trapped atoms decreased less than expected from the exponential law. This is due to the fact that in the quantum world the He-senberg's uncertainty relation applies, according to which the position and speed of a particle can never be measured simultaneously with any accuracy. Accordingly, an atom that has just been accelerated does not "know" for a short time whether it is still in the potential trough or whether it has already left it through tunneling. If one observes the atom within this "undecided" phase, for example by determining its position, the game starts all over again, since a measurement according to the laws of quantum mechanics reshuffles the cards. If the particle accelerates further, it will again hesitate to follow the exponential law of decay.

If you now repeat the determination of the position of the atom at regular intervals, it never comes to tunnel through the potential barrier "normally": the decay has been slowed down by the measurements. This is exactly what the physicists from Austin observed, and up to this point their findings agree with the cooking pot motto.

But that changed when the researchers lengthened the intervals between measurements a little: instead of slowing down the tunneling of the atoms, they now seemed to speed it up - the decrease in trapped atoms even overtook the exponential curve! The saucepan that never boils had become a quantum pressure cooker. However, this is exactly what researchers at the Weizmann Institute in Rehovot (Israel) predicted last year.

In fact, this "quantum anti-Zeno effect" is basically not surprising, as it is also related to deviations from exponential decay. The initial phase of slowed tunneling is followed by a short-term abrupt decrease in the number of trapped atoms to compensate for this. If you observe the particles towards the end of this phase and repeat the process, you force them to go through the accelerated decay over and over again instead of finally going into the normal exponential section. Therefore, on average, more trapped atoms escape than without measurement. Now the decay phase that leads to the anti-Zeno effect is longer than the one responsible for the Zeno effect. That is why the anti-Zeno effect should occur more frequently.

Why weren't the two phenomena observed earlier - for example in radioactive decay? There is a simple reason for this: the non-exponential section of the decay curve in such systems is less than a millionth of a billionth of a second and is therefore far too short for a reasonable measurement. In the optical grids of the American researchers, on the other hand, this phase lasted just under a microsecond - a billion times as long - and was therefore easily observable.

The students of quantum physics are now one key word poorer. In the next test you can answer the question: "Is the decay of a quantum system slowed down or accelerated by observation?" with a clear "Depending on!" reply. However, they will have to work a little more hard to justify the decision. 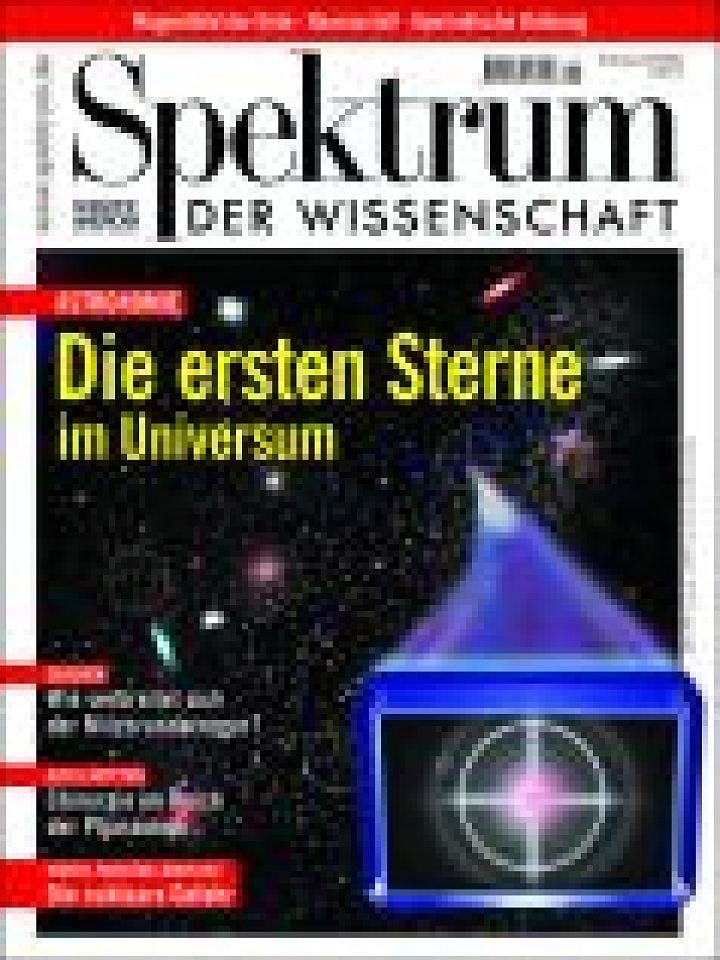 This article is included in Spectrum of Science 2/2002