What are the non-toxic fire extinguishers

Extinguishing powder - toxic or not? 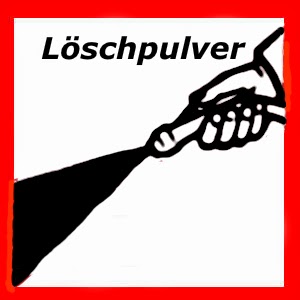 ABC extinguishing powder essentially consists of ammonium phosphates and ammonium sulphate - very rarely there are also a few crumbs of barium sulphate with them, but one cannot speak of toxicity. The starting materials are the same as for artificial fertilizers. It is possible that small amounts of ammonia are split off during fire fighting, but these are well below the toxicity limit - the smoke from the fire is much more harmful.

D-powder, also known as metal fire powder, consists mainly of sodium chloride (salt) and potassium chloride and partly also of boron trioxide. In fact, only as little of this should be inhaled as possible, because inhaling larger amounts can upset the sodium and potassium balance in our body, which may have some unpleasant side effects - but this is not toxic either.

Powder extinguishers make a huge mess and, especially in closed rooms, inhaling the powder is unavoidable, because a few seconds after triggering the extinguisher, the booth is white and you cannot see your hand in front of your eyes. If you are in the powder mist, there may be slight irritation of the mucous membranes and eyes, but nothing more. Many also fear dust lung, but the powder particles are not respirable despite their fine grinding of 4 million particles per cm3.
The use of extinguishing powder is completely harmless and the quantities that are inhaled during an extinguishing operation or come into contact with the mucous membranes have no harmful effects.

I often read about worried shopkeepers and office workers whose rooms are messed up by vandals who have shot down a powder extinguisher or have just been messed up after an extinguishing operation. A lot of people want to bring the fire brigade's ABC troop right here and have the whole shop disinfected, but that would be completely exaggerated. You can remove the powder yourself without a full protective suit. However, I advise you to start cleaning work quickly, because the humidity cakes the powder and becomes hard as concrete - you can't get rid of that! Vacuum everything thoroughly with a HEPA-13 vacuum cleaner and wipe it with a damp cloth. However, electrical devices usually have to be thrown in the bin - not because they are poisoned but because the extinguishing powder destroyed them. It gets into computers, televisions and so on through ventilation slots and lies there on the circuit boards; broken. Extinguishing agents are not supposed to be harmful, but when extinguishing powder lays on metal parts and combines with the humidity, you can watch it rust.

Clothing contaminated with extinguishing powder is also not considered hazardous waste. Well, textiles intended for sale can usually not be saved because they are interspersed with powder and have to be washed before they can be sold - nobody does it, so get rid of them. But they are not poisonous. If you have extinguishing powder on your clothes, that's no problem - knock it out, put it in the washing machine and you're done.

Extinguishing powder is therefore not toxic and there are no health risks from inhalation or contact. If you constantly breathe in large amounts or constantly walk around in clouds of powder, it may be different - but it is the same with flour or wood dust.

P.S. You can best escape the extinguishing powder if you do not have any powder extinguishers in your rooms! Foam extinguishers are recommended in offices and normal shops, as they are completely sufficient for the fire hazards that exist there (fires involving substances of fire classes A and B) and do not cause such a mess when in use. Even chaos who want to ruin your shop will be disappointed if, despite full work, only a few stains of foam can be seen.