Who invented the pulp process for papermaking?

The forerunner of paper is papyrus. Back then it was made by hand (hand-scooped). Nowadays the production takes place on modern equipment.

Papyrus is the forerunner of paper. This originated in Egypt in 4000 BC. The forerunner to plant-based paper has existed in China since 500 BC.

The paper as it still exists today was invented by Ts'ai Lun in 105 AD. The inventor of paper, revered as a god, used textile waste, bast from the mulberry tree and hemp as raw materials. Furthermore, the Chinese developed recipes to glue, dye or protect the paper against insect damage.

Buddhist monks brought the paper to Japan in 610. There it became an integral part of culture as writing materials, fans, dolls, and in building houses. The Japanese were also the first to use the technique of stamp printing.

A hundred years later, after the Battle of Talas in Samarkand (Chinese versus Arabs), the Arab victors took Chinese prisoners. Some of them tried to get free by divulging the secrets of papermaking. From then on, Muslims spread the paper in Iraq, Syria, Egypt, North Africa and on to Spain.

Under Harun al-Rashid, the Caliph of Baghdad, paper replaced the previous writing on papyrus and parchment. The advantage was that ink was not as easy to remove from paper as it was from parchment. From the Arabic word "rizmah", today's term "ream" was formed as a unit of measure for sheets of paper. 500 A4 sheets with a weight of 80 g / m² are a ream. Paper production is an important industry in Arabia.

From the year 1000, paper completely replaced papyrus and became affordable for merchants and traders in Egypt. Paper became the main product. 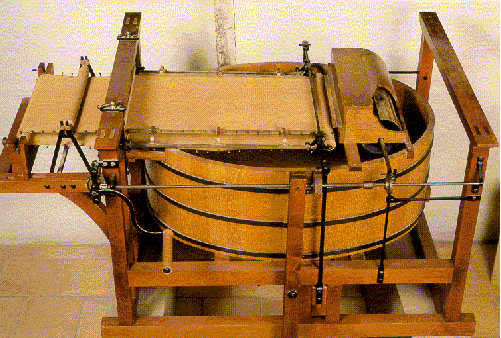 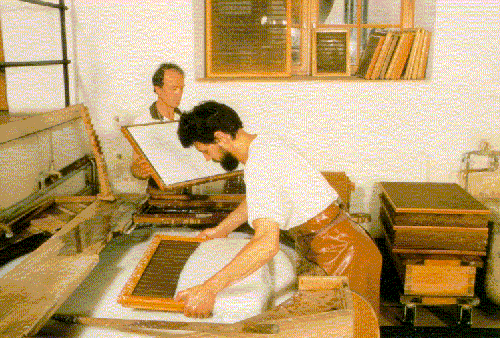 Through the Moors and the Islamic orientated Normans, the art of papermaking came to Spain and Sicily in 1100. A short time later, the paper reached northern Italian trading centers. In central Italy, more precisely in Fabriano, the first paper mill was built in 1276. They were already using animal glue and introduced watermarks. For many years Italy dominated the European paper market.

The first German paper mill was not built until 1390. It was built in Nuremberg. 2 years later the next one in Ravensberg. Thanks to Johann Gutenberg's invention of printing with movable type in 1543, there was a growing need for paper. In 1672 the "Dutchman" was developed so that larger quantities of fiber could be produced with reproducible quality.

With the rapid increase in productivity in paper production, the demand for raw materials also increased. After Friedrich Gottlob Keller invented the grinding of wood with whetstones, Hugh Burgess and Charles Watt discovered the chemical fiberization of wood with the help of caustic soda in 1851. Johann Matthäus Voith succeeded in establishing large-scale production of wood pulp in 1860. The sulfite pulp process was invented by Tilghman, Ekman and Mitscherlich in 1870.

Machine-made paper conquered the world around 1900. Newspapers, books, magazines, packaging and many other products are becoming everyday objects.

The most important things in a nutshell: