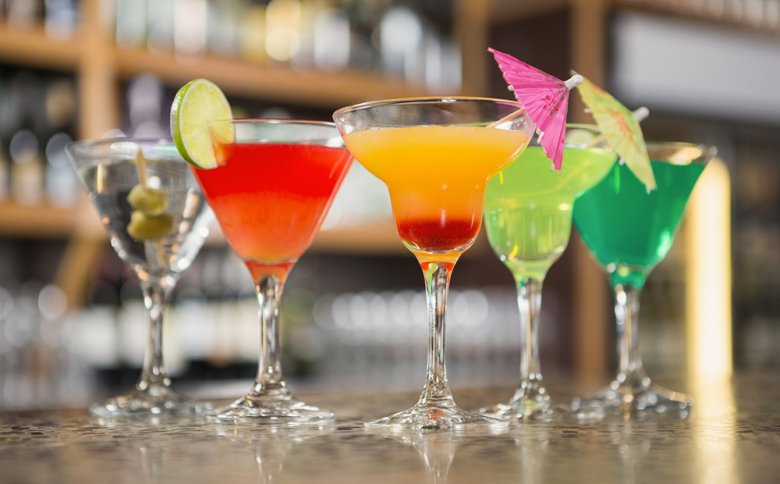 Although cocktails taste good, the alcohol content should not be underestimated. (Photo by: Wavebreakmedia / Depositphotos)

Cocktails are a popular alternative to beer or pure schnapps at parties, because they usually taste delicious, creamy or fruity, so that the alcohol is sometimes not really noticeable at first.

You should of course be all the more careful if you are not used to the cocktail, because it quickly gets into your blood and you suddenly feel drunk, although you think you have hardly drunk anything. Some cocktails stand out because they are particularly strong.

Here we present the strongest cocktails ...

The Long Island Ice Tea is one of the most famous cocktails of all. 10 cl schnapps is included, which is divided equally between vodka, gin, brown rum, white tequila and Triple Sec Curaçao.

The zombie is a combination of different types of rum; at least three should be represented, but up to six varieties are common. Rums that contain over 70 percent alcohol are also used.

The mean thing about this cocktail is that it is mixed with fruit juices so that it tastes almost harmless. The fact that it has an alcohol content of up to 18 percent is often overlooked.

The name of the cocktail is said to go back to a visitor to a cocktail bar who said after an evening with three zombies that he would have felt like an "undead" afterwards.

The Tequila Sunrise is a particularly colorful cocktail that has a pretty color effect due to the addition of grenadine.

The cocktail looks very fruity and tastes like that because of the orange juice. However, one should not forget the high content of white tequila, otherwise one could quickly get a little dizzy.

There are now numerous variants of Tequila Sunrise, which are then prepared with rum, Southern Comfort or Malibu.

The Harvey Wallbanger looks almost harmless with its yellow color, which is due to the high proportion of orange juice - but that's not even close.

About a third of the amount of vodka is mixed with the orange juice. Part of the high-proof herbal liqueur Galliano is also included.

Another extremely strong vodka cocktail is the Black Russian. Vodka is mixed with half the amount of coffee liqueur and mixed with several ice cubes. It is served in a tumbler or a stemmed glass.

The strong coffee liqueur hides the taste of the vodka a little, which is why some Black Russians can quickly become a problem. 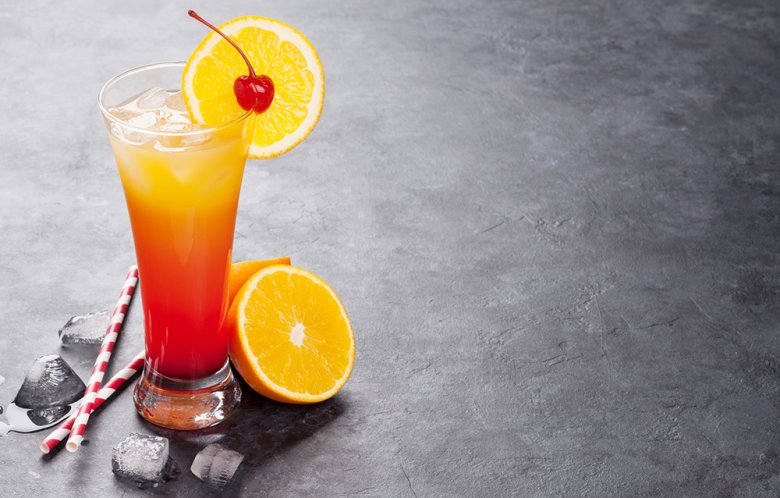 The Tequila Sunrise is one of the most popular cocktails of all. (Photo by: karandaev / Depositphotos)

The Fire Ball is also one of the strongest cocktails around. It can be mixed in many different ways.

What they all have in common is the use of tonic water for topping up. 5 cl of schnapps is divided into gin and orange liqueur or gin and Cointreau, for example. Often they are also topped up with fruit juices. The fruity mixture tastes delicious - too delicious ...

The deep-sea diver, invented by Charles Schumann, is a high-proof mixture of different types of schnapps.

The party includes white and brown rum, a rum with an alcohol content of over 70 percent (e.g. Captain Morgan) and Cointreau.

What makes this cocktail an absolute blow is the small amount of non-alcoholic liquid used to dilute the high-proof schnapps. This creates a particularly high alcohol content, which is sure to perk up tired souls.