Cancer: How Food Can Protect

Experts attribute more than a third of all cancer deaths to diet. Which components are more likely to harm our food and which can prevent it has now been well researched. 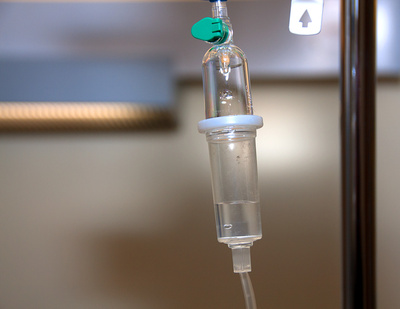 The risk of developing cancer depends on several factors. In addition to genetic predisposition and age, diet and environmental influences such as smoking also play a role. Scientists estimate that an appropriate diet can cut the risk of breast cancer by about half. In colon and stomach cancer, it can probably be reduced by up to 90 percent through a healthy diet; in the case of lung, mouth, throat, bladder and uterine cancer, it is still around 20 percent.

As early as the 1980s, various studies on larger population groups suggested the connection between diet and cancer. In the meantime, numerous studies are available which indicate that a diet consisting predominantly of plant-based foods can protect against cancer or that too little consumption of vegetables and fruit increases the risk of tumors. Especially in Mediterranean countries such as Greece or Italy, where a lot of fruit and vegetables are eaten, far fewer people die of colon cancer than, for example, in the Czech Republic, where the consumption of these foods is much lower.

Natural colors and flavors prevent this

Nutritionists hold various ingredients responsible for the preventive effect of a predominantly plant-based food. In addition to some vitamins, minerals and fatty acids, they also attribute a cancer-preventive effect to bioactive substances. These include secondary plant substances, fiber and substances in fermented foods such as sauerkraut or sour milk products. The secondary plant substances are compounds that only occur in low concentrations in exclusively plant-based foods, for example as flavorings, fragrances or colorings. Many studies on the bioactive substances indicate that the compounds can intervene in the cancer process via various mechanisms. However, the examinations are mainly carried out on animals and cell cultures. They can therefore only be transferred to humans to a limited extent and should be understood as references.

Cancer development is a very complex process. As a model, it can be divided into three phases. In the first phase, initiation, the genetic information in the cell is changed. Triggers can be rays, viruses, various food ingredients such as nitrosamines and polycyclic aromatic hydrocarbons (PAH) or cigarette smoke. Normally the genetic damage in the cells is repaired by the organism so that no tumor can develop from it. Cancer-promoting substances, also called promoters, affect the damaged cells, so that a tumor forms. The promoters support the division of the cancer cells and contribute to the fact that daughter cells with genetic damage multiply in an uncontrolled manner to form a tumor. Promoters can be, for example, certain fatty acids, alcohol or an excessive intake of food energy. This stage in the development of cancer is called a doctorate. In the last phase, the progression, the tumor enlarges and metastases (daughter tumors) can form.

Secondary plant substances can intervene in the cancer process by z. B. prevent inactive precursors of carcinogenic substances (procarcinogens) from converting into the active form (carcinogens). Some of the triggering substances such as mold toxins, PAHs and nitrosamines are found in food as procarcinogens. They are only converted into effective carcinogens in the body with the help of enzymes. Various phytochemicals are able to inhibit these enzymes so that fewer carcinogenic compounds are formed. This effect has been demonstrated for phenolic acids, glucosinolates and sulfides, among other things, which z. B. occur in various cabbage vegetables or garlic. Experts suspect that they attach themselves to the enzymes and thus block them for further reactions. Like vitamins C and E, certain phytochemicals prevent the formation of carcinogenic nitrosamines, which arise either during food preparation or in the human digestive tract from amines and nitrite. Scientists from the Federal Research Center for Nutrition in Karlsruhe observed in a study with several test persons that phenolic acids contained in tomato juice inhibit the formation of nitrosamines.

As a further defense weapon against cancer-causing compounds, our body has enzymes that paralyze already activated carcinogens. The organism excretes the harmless compounds with the bile and urine. Phytonutrients such as glucosinolates, monoterpenes, sulfides and polyphenols can stimulate these detoxification enzymes. Other phytochemicals intervene in the development of cancer by binding to the already activated carcinogens and thus switching them off. The phenolic acids ellagic acid, ferulic acid and caffeic acid, which react with carcinogenic hydrocarbons (PAH), are particularly effective in this regard. In animal experiments, they were able to suppress the development of cancer in a certain dose. In addition, carotenoids, polyphenols and flavonoids are able to attach themselves to the DNA in the cell nucleus, to which carcinogens would otherwise be bound. In this way, they protect the genetic information from changes and thus intervene in the initiation phase of cancer development.

Substances that scavenge free radicals, known as antioxidants, also make an important contribution to preventing cancer. Free radicals are very reactive compounds that can damage or even destroy cell walls and genetic material in the body. The radicals arise in the metabolism or are supplied to the body from outside, e.g. B. via food, tobacco smoke or exhaust gases. Some antioxidants prevent these reactions by stabilizing the radicals. This applies to vitamins C and E. Other antioxidants such as carotenoids, on the other hand, bind free radicals and are therefore referred to as radical scavengers.

The effects of beta-carotene, a carotenoid found in yellow-red and green vegetables, have been particularly well researched. Numerous studies confirm the connection between a high beta-carotene intake and a low cancer risk. Not only do they act as antioxidants, they can also inhibit tumor formation. Other carotenoids such as lycopene, the main coloring in tomatoes, and lutein, which is found in green vegetables, also have antioxidant properties. A study on 23 male test persons showed that a two-week intake of 330 milliliters of carrot, tomato or spinach juice per day reduced the damage to genetic information. Flavonoids and phenolic acids also prevent cancer due to their antioxidant effects.

With carrots and beans against cancer?

When tumors develop, communication between individual cells is impaired. As a result of the disrupted exchange of information, their growth and differentiation get out of control, so that the cells multiply in an uncontrolled manner. Carotenoids and other phytochemicals can have anti-tumor effects by promoting the flow of information between cells.

Tumor cells can also be stimulated to multiply by endogenous hormones such as estrogens. This is especially true for hormone-dependent cancers such as breast, uterine and prostate cancer. The phytoestrogens, which are classified as secondary plant substances, are able to intervene in the estrogen metabolism and inhibit tumor growth. The estrogen-like plant substances include, for example, the isoflavonoids genistin and daidzin, which are mainly found in soybeans. These partially inactive compounds are converted into hormonally active substances in the body, where they reduce the negative influence of the body's own estrogens. Similar to the isoflavonoids, lignans and indoles also influence hormone-dependent tumor growth.

Phytosterols, which are particularly effective in the large intestine, slow down the multiplication of tumor cells. This leaves the body's own repair mechanisms more time to eliminate damage to the genetic material. Phytosterols are mainly found in high-fat parts of plants and can be found in sunflower seeds and sesame seeds, among other things. Saponins, which are found in abundance in legumes, also inhibit the growth rate of tumor cells in the colon.

Some phytochemicals also have the ability to stimulate individual immune functions. You can e.g. B. promote the formation of signal substances (cytokines) that are involved in the destruction of tumor cells or increase the number and activity of macrophages (phagocytes). These are cells of the immune system that are responsible for recognizing and removing foreign substances. Carotenoids in particular showed immunological effects in studies. But also flavonoids, saponins and sulfides can stimulate the immune system and thus inhibit the development of cancer.

Not only phytochemicals can prevent cancer. Dietary fiber also has a variety of protective effects. Scientists have been observing for years that people who eat high-fiber diets are less likely to develop colon cancer. Dietary fiber increases the volume of the intestinal contents and thereby reduces both the concentration of carcinogenic ingredients and their contact with the intestinal mucosa. In addition, intestinal bacteria break down the dietary fiber into short-chain fatty acids, so that the pH value in the intestine drops. This inhibits various enzymes that activate cancer-causing compounds. When the dietary fiber is broken down, butyric acid is also produced, which inhibits the growth of cancer cells in the large intestine. In addition, dietary fiber is able to bind carcinogens directly, e.g. B. secondary bile acids, which the body produces itself and which are believed to be carcinogenic. In a study on rats, dietary fiber fed in the form of wheat bran protected against cancer, despite an otherwise high-fat and low-calcium diet - both risk factors for the development of cancer.

Results from animal experiments show that the lactic acid bacteria contained in sauerkraut, yoghurt and other fermented foods can prevent cancer from developing, especially colon cancer. Scientists observed that the bacteria bind carcinogenic substances in the intestine, so that damage to the genetic information is prevented. However, this property could only be demonstrated in living, i.e. not heat-treated, lactic acid bacteria. Other studies in which yogurt was fed to animals suggest that lactic acid bacteria inhibit tumor growth through their positive effects on the immune system. However, this was only true if the animals regularly received sufficient amounts of yogurt and the tumor was in an early stage of development. Lactic acid bacteria slow down the activity of enzymes in the intestinal flora, which convert procarcinogens into carcinogenic compounds. The activity of the enzymes cannot only be influenced by fermented foods. A high fiber intake probably also lowers the enzyme performance, while it is promoted by the frequent consumption of meat.

Diet plays an important role in cancer prevention. However, no diet can guarantee complete protection against disease. With an optimally composed diet, however, there is the possibility of reducing the risk of cancer. Both the secondary plant substances contained in fruit and vegetables and the dietary fiber have a high cancer-inhibiting potential. For this reason, a plant-based diet such as the whole-food diet is recommended, in which less animal fats are consumed than with the usual mixed diet. Such a diet is not only the best way to prevent cancer, but also protects against other diseases.

This article is taken from the UGB archive.

We would like to point out that the content may have to be re-evaluated due to new scientific findings.
<?