What's your rating of GoCube

Sometimes it is the supposedly simple things that can keep you busy for a long time. The Rubik's cube, invented in 1974 by the Hungarian civil engineer and architect Rubik, is one of them. At first glance, it seems quite simple to arrange all six colors of the cube correctly.

In fact, this task can become a great test of patience and can drive even the experienced thinker to the edge of despair. Rubik himself is said to have taken almost a month to solve his twisting puzzle for the first time. On the other hand, there is the current world record in speed cubing, which the Australian Feliks Zemdegs set this year. It only took him 4.22 seconds. 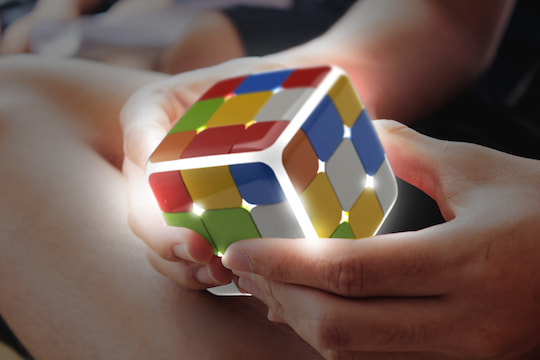 The design of the Rubik's Cube has been modernized.
Particula / GoCube In the future, fans of the Rubik's Cube will not only be able to compete in speed cubing at championships, but also online using the GoCube. GoCube is the name of the internet-enabled new edition of the popular puzzle that the Israeli startup Particula from Tel Aviv is currently presenting on the crowdfunding platform Kickstarter. 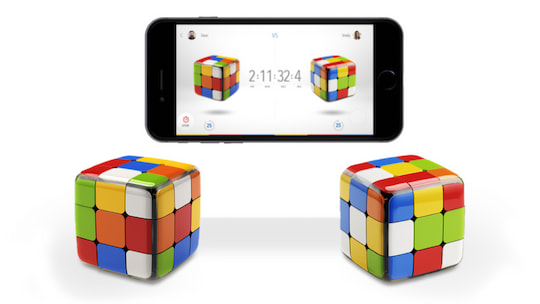 With the GoCube, Rubik's Cube fans can compete against each other for the fastest solution
Particula / GoCube The design of the GoCube has been slightly modernized, but the proven functional principle has been retained. What is fundamental, however, are the innovations inside the cube. This is now equipped with sensors that recognize the position of the individual stones and pass it on to smartphones or tablets via the integrated Bluetooth interface. There, the Android and iOS app developed by Particula visualizes the moves made and measures the time until all the stones have been brought into the correct position. 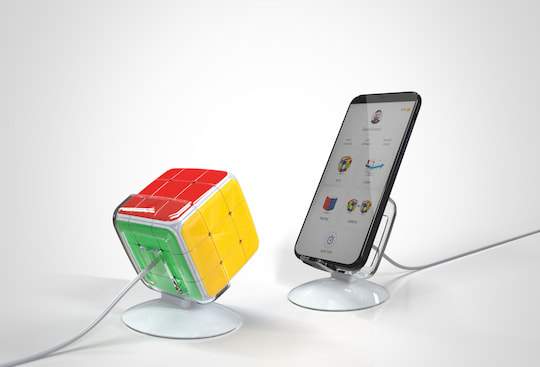 The GoCube is an internet-enabled new edition of the Rubik's Cube
Particula / GoCube users can compete with other Rubik's Cube enthusiasts over the Internet to see who can solve the rotating puzzle the fastest. The app supports players who are not ready yet in solving the Rubik's Cube and contains tutorials and various practice modes for this purpose.

This idea immediately met with enthusiasm on Kickstarter and convinced 8,425 supporters to contribute a total of 847,861 US dollars to the realization of this IoT gadget. Financing via the crowdfunding platform is now complete. 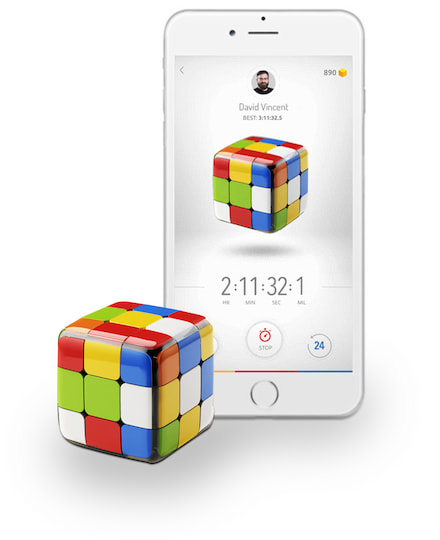 The Android and iOS app measures how much time the player needs to solve the Rubik's Cube.
Particula / GoCube The “Rubik's Cube 2.0” is produced in two versions, which essentially differ in the speed at which the movements are transferred to the app. In the basic version, the delay is 0.25 seconds, and in the “Edge” equipment variant it is only 0.001 seconds. Furthermore, compared to the basic version, the GoCube Edge enables not only PvP duels, but also participation in online tournaments. In addition, the GoCube Edge also has a more extensive statistics / analysis function and enables game statuses and progress to be saved offline. 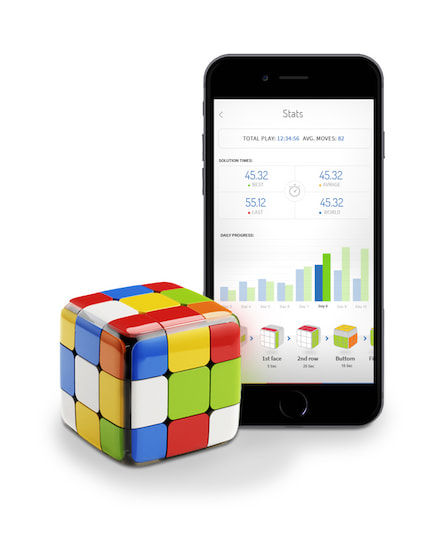 The app offers detailed statistics and analyzes
Particula / GoCube The first rotating puzzles are expected to be delivered to the supporters of the Kickstarter campaign in March 2019. A month later, those puzzle fans who have ordered the GoCube via the crowdfunding platform Indiegogo will be served. There the GoCube is currently offered at special conditions for early orders from 69 US dollars and the GoCube Edge at prices from 89 US dollars. Regularly, the prices should start at 119 US dollars or 159 US dollars for the GoCube Edge.