If man was once considered the crown of creation, he had to take a lot in the past centuries: First Nicolaus Copernicus drove him out of the center of the world, then Charles Darwin pushed him back into the animal kingdom. Even about our solar system we now know that it moves through an abundantly peripheral region of the Milky Way. And now, as if that wasn't enough, theoretical physicists claim that even our universe is not unique, but only one of countless parallel universes.

According to string theory, the additional worlds each have different properties than ours. They harbor other elementary particles and are ruled by other fundamental forces. And only in very few of these universes do observers like us look into space and ask questions about the structure of their world. But when we ask the string theorists when we will see these universes, they tell us: It will hardly come to that.

Surprisingly, the theory does not seem to break a spike from the crown. On the contrary, it is very well established and for most physicists the candidate for a "theory of everything" on which the greatest hopes are currently based. In it, so-called strings are considered to be the fundamental building blocks of the universe: tiny one-dimensional objects that can be roughly imagined as vibrating strings and which, depending on the type of vibration, represent different elementary particles. If the world actually consists of strings, this theory could one day describe all physical phenomena of our worlds as well as other worlds with the help of one or a few equations.

But how can physicists, seemingly uncritical, dispense with the falsifiability of essential consequences of a physical theory called for by Karl Popper (1902-1994)? And how can they take seriously conclusions that only mathematical formalisms lead to, but not observations of nature? Mainly this is probably ... 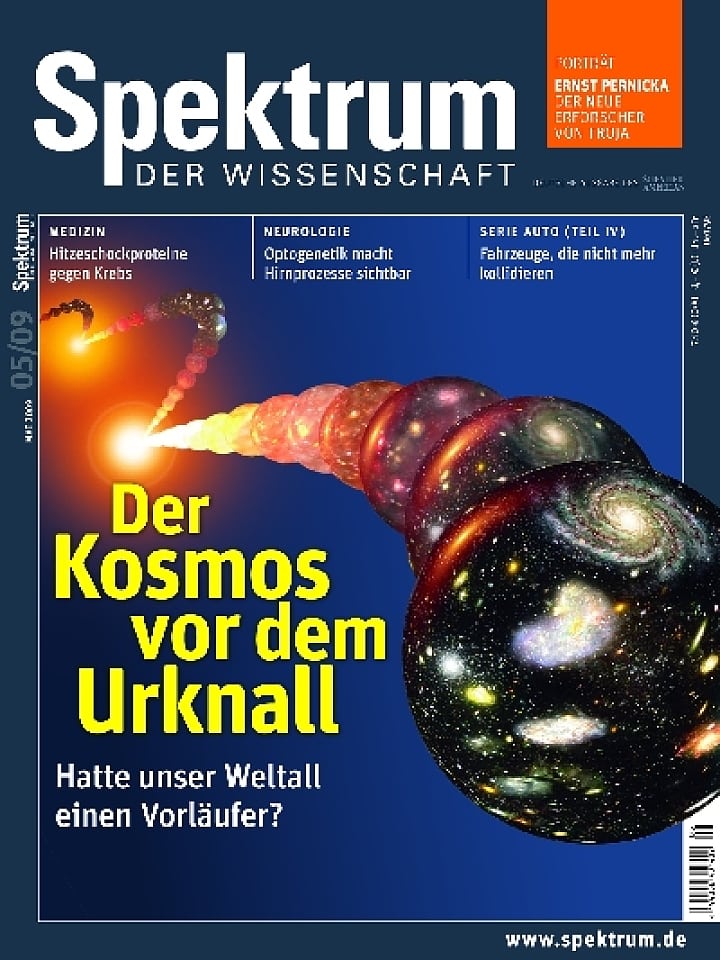 This article is featured in Spectrum of Science May 2009