What have unions done well 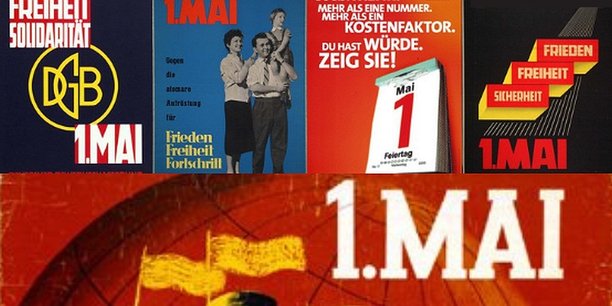 More than 125 years ago, the labor movement demonstrated for the first time on May 1st in Germany. In these more than twelve decades, trade unionists have campaigned for the rights of working people and achieved a great deal in the process: our successes as reflected in historical trade union posters. 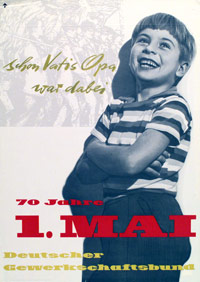 What we have achieved

The trade unions have made a significant contribution to ensuring that many things that are taken for granted by employees today have actually become a reality of work and life for millions of people: good pay, annual vacation, the eight-hour day, the five-day week with a weekend off, sick pay and much more.

Today we are facing new challenges: globalization, digitization and demographic change make new concepts necessary for the world of work. We have achieved a lot, but there is still a lot to do. Take part. Become a member.

VIDEO: What have the unions ever done for us? 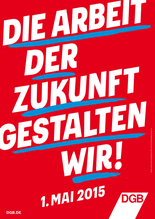 We achieved that. Trade union successes:

Our success: codetermination in businesses and companies

Our success: five days a week

The five-day week with a free weekend: a long struggle by the trade unions for a better quality of life and for fair working hours, today it is a reality for most employees. Still a classic DGB May poster: "Saturdays, my father is mine" (1956).

Our success: continued payment of wages in the event of illness

Being sick and getting into financial difficulties because there is no longer any wages or salaries? We can hardly imagine that today. A few decades ago, however, this was a reality for many employees, for blue-collar workers even longer than for salaried employees.

In 1956/57, IG Metall fought for sick pay for workers in a 16-week strike. Equal treatment of all employees (employees were previously better off than employees in terms of continued wages) had been a demand of the DGB since 1954 - and despite the important success of IG Metall, it had not yet been achieved. But the unions stuck with it: full statutory equality between workers and employees in the event of illness finally came into force in 1970.

It cannot be taken for granted that today we no longer work up to twelve hours a day and six to seven days a week. Our current working hours had to be fought for over decades by the employees and their organizations, the trade unions. Today, short weekly working hours and working days are an achievement that still determine the working time frame for employees:

The Working Hours Act now states that, as a rule, working days may not exceed eight hours - for a five-day week, this means 40 hours of working time per week. Both the eight-hour day and the five-day week have been implemented by the unions in Germany. Some examples:

More on the strike for the 35-hour week

Can take several weeks off a year and still be paid? This, too, is only possible today because the unions fought over paid annual leave. After the end of the Second World War, the right to a minimum vacation of two weeks can be found in many state constitutions, but the Basic Law does not yet take up this claim in 1949. Instead, the right to vacation for employees was not created until 1963 with the Federal Vacation Act, which guarantees all employees a minimum vacation of three weeks. Trade unions had already regulated vacation and vacation pay in collective agreements - and nowadays the annual vacation is usually longer than the statutory entitlement.

The vacation pay, a special payment from the employer similar to the so-called "Christmas bonus", is also much more common for employees if they are subject to a collective agreement negotiated by the unions.

Our success: Protection against dismissal and job security

Hiring and firing without control – The fact that this is not possible in Germany, as in many other countries, is thanks to the trade unions. Shortly after the Second World War, in 1950, in the Hattenheim talks with employers and with the Federal Ministry of Labor, they succeeded in creating legal protection against dismissal in Germany. And the company co-determination enforced by the trade unions does not allow employers to be arbitrary when dismissing them: because the works council always has a say.

But union involvement in the protection of jobs does not only begin when the dismissal occurs. Trade unions in Germany have always successfully campaigned for job security. In the recent financial and economic crisis, for example, the improvements in short-time working and investment programs demanded by the DGB unions have ensured that - unlike in other European countries - there have been hardly any crisis-related job losses.

The DGB made it clear that every job has a value and that the trade unions fight for this value with its May 2006 motto: "Your dignity is our measure".

Since January 1, 2015, Germany has had the statutory minimum wage of 8.50 euros. The DGB unions fought for this for around ten years: a success from which millions of people with higher wages benefit. Now it's time to stay tuned - for a minimum wage without exceptions that is effectively controlled and implemented.

Today, the unions also advocate fair wage and salary structures: The income gap between women and men must finally be a thing of the past. And regardless of whether it is temporary work, contract workers or posted workers: There must be no "second class" workers in Germany with working and income conditions!

Just a few decades ago, illness, an accident at work, or simply reaching a certain age could mean the loss of almost any income. Protecting and developing the social security systems is therefore a core task of the trade unions. Our work ensures that no employee in Germany has to fear for his or her income or even for his existence if he or she falls ill, retires or has an accident at work.

Nevertheless, social insurance and the protection it offers people must be defended again and again: whether statutory health, long-term care, pension, accident or unemployment insurance. That is why trade unionists work as representatives of employees and insured persons in the self-governing bodies of all branches of social security.

There are far fewer work accidents in Germany than before. Fatal accidents or those with serious injuries have become rare. This is mainly thanks to the trade unions, which have always fought against the physical and health risks of employees: in the trade associations, in committees and vis-à-vis the Federal Institute for Occupational Safety and Health, trade unionists advocate better, safer and healthier every day Working conditions. Just one example from the recent past: a new regulation on the limit value for dust pollution that benefits up to a million employees? The unions pushed it through!

Today, occupational health and safety means, in addition to accident prevention and aftercare, above all, protecting employees from psychological strain and stress. That's why "Bye-bye, Burnout!" also on the ten subject slogans of the DGB as of May 1, 2015.

May 1st, 2015, "Bye-bye, Burnout!": Against stress, hustle and bustle and intensified work

Our success: good education and training

The German education system is unique. The "dual system" with training in the company and in the vocational school is jointly designed by the social partners. That means: apprenticeships are not arbitrarily set up by the employer himself or specified "from above" by the legislature. Instead, the unions have worked on every training occupation in this country and are committed to good and fair vocational training in vocational training and examination committees.

Good study conditions are no accident either. With university offices at many universities, trade unions and, above all, union youths campaign for students. Vocational training has also always been a core issue in trade union work: the fact that so many employees in Germany can undergo further training has in many cases been achieved by unions in collective agreements or works councils with the support of their union in works agreements.

Our commitment: For peace, against racism and discrimination

Unions have not always been as recognized and established as they are today. In the early days of union work, many trade unionists faced resistance and were persecuted and imprisoned. During the Nazi reign of terror between 1933 and 1945, many trade unionists paid for their commitment with imprisonment or even with their lives.

After the end of the Second World War, the re-established free trade unions in the DGB therefore felt particularly committed to working for peace and the fight against racism, anti-Semitism and fascism. It has remained that way to this day.

DGB: Active against the right

The DGB's May and campaign posters have always had international references: taking advantage of the opportunities presented by globalization, but also recognizing the risks. For example, the DGB advertised this on May 1, 2002 under the motto "Make globalization fair".

Review and further information on the topic of Europe and international issues:

The DGB on the EU enlargement in 2004