How important are metric spaces in physics

What are space and time?

Space and time describe relationships between different parts of matter. They are not predetermined structures into which matter is "put". Neither space nor time exist independently of matter. In a sense, space and time are properties of the vacuum - and these properties can be influenced by the presence of atoms, planets or stars. 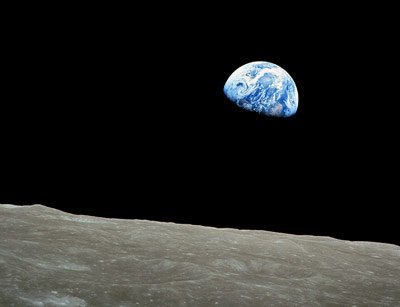 How do you measure space?

The fact that space and time do not exist without matter seems to contradict our everyday experience - but only at first glance. Intuitively, there is “more space” between the earth and the moon than between Heidelberg and Mannheim. But how do we know? We could have laser beams reflected by mirrors on the moon and compare their travel time back to earth with that between Heidelberg and Mannheim. From the longer running time, we then deduce the greater distance: This is actually how this is done for precision measurements of the distance from the moon.

But if we imagine the earth alone in the universe, without the moon or other matter, then the concept of a space outside the earth no longer makes much sense. Then there is no longer any possibility of experiencing this space in any way. Time measurements, too, are always only combinations of material events. 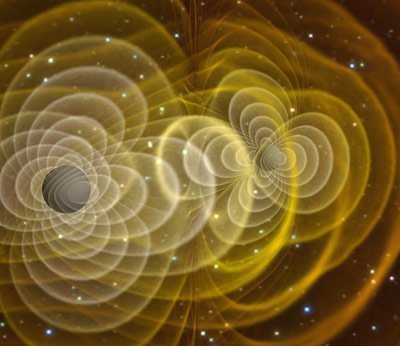 Not empty: space is filled with fields - here a simulation of gravitational waves that arise when two black holes merge. This phenomenon is also based on Einstein's theoretical considerations. © NASA / Henze

Metrics as a decisive descriptive aid

In his general theory of relativity, Einstein describes the properties of space and time using a metric field, or “metric” for short. Metric fields are quantities that have a fixed value for each space-time coordinate. They have their field values ​​everywhere - not just where there is a body. They are important quantities to describe the state of the universe or the vacuum.