Which is your mother tongue

Languages ​​are like plants. If you neglect them and don't care for them, they die. UNESCO sees around half of all languages ​​as threatened with extinction. An indication of this: 90 percent of the approximately 6,000 languages ​​spoken worldwide are searched in vain on the Internet. They cannot be found there, they simply do not take place on the Internet. This makes it clearer what it is all about when UNESCO warns of an increasing threat to linguistic diversity.

What is this diversity? Take Saturday as an example: Samedi in French, sobota in Polish, Sávvato in Greek, lauantai in Finnish, szombat in Hungarian, Cumartesi in Turkish, sâmbătă in Romanian, zaterdag in Dutch, subbota in Russian, sestdiena in Latvian, lørdag in Norwegian, Hari Sabtu in Indonesian, sábado in Spanish, Xīngqíliù in Chinese, e shtunë in Albanian, Sabota in Macedonian, Śanibāra in Bengali and Saturday in English.

Preserve the cultural wealth of humanity

And that is exactly what World Mother Language Day is all about: not to give up this diversity, to cultivate it and to preserve it. Because the multitude and diversity of languages ​​is the cultural capital of mankind. If we don't want a monoculture in the future either, we have to take care of our own language. This is the only way we can prevent "Saturday" from being called "Saturday" in every corner of the world. 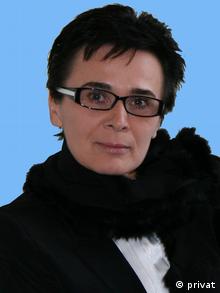 But the mother tongue alone is no longer enough today. In modern business, science and technology, it is increasingly possible to communicate almost exclusively in English. That is why it is pragmatic and right that everyone should learn English - as a universal second language. Nothing more, nothing less. However, this universal second language is only desirable if it does not displace the mother tongues. The aim must be to cultivate your own language, to learn at least one or two foreign languages ​​and not to support any language goulash such as Denglisch, Spanglisch or Franglais. It is important to find the right balance between what is one's own and what is foreign. And only to take over what is really useful. Ultimately, the same applies to languages: Those who do not appreciate what is their own are mistaken and lost - in the naive overestimation of the foreign.

Learn from the Anglo-Saxons

Because not everything that sounds modern or exciting to our ears is actually new. Words like news, talk, fun or show are centuries old. There is also the lover in a poem by Shakespeare that is 400 years old. But for the Anglo-Saxons, these ancient terms are still sufficient today to communicate or to name the things of the modern world. The "chat" on the Internet between a Chinese and an African is different from the chatter in an English pub in the 18th century. Even so, the old word "chat" is still suitable to denote a modern thing today.

What is behind such linguistic self-sufficiency? It is probably love, the great love for one's own mother tongue. And in this respect we can learn from the Anglo-Saxons: the loving use of our own language. For this reason alone, it would be worthwhile to listen properly to language lovers and their complaints around the world. And think a little while doing it. How do I use my mother tongue? How do I deal with her?